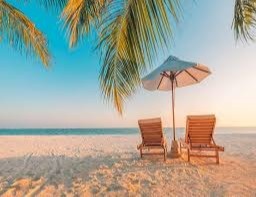 BOSTON (MarketWatch) — Fewer stocks, more annuities. That, in essence, is the advice gleaned from two just-published reports for the benefit of those living in or approaching retirement.

Retirees should invest just 5% to 25% of their portfolios in stocks, or at least that’s the case for those whose primary goal is to minimize the risk of running out of money and sustaining their withdrawals, said one report published by Putnam Investments new think tank.

And, Americans can avoid the risk of outliving their assets by saving more, working longer, investing wisely, delaying Social Security and buying a life annuity, according the Government Accountability Office (GAO).

For his part, W. Van Harlow, Ph.D., CFA charter holder and director of research at the Putnam Institute, is suggesting a conservative asset mix largely because of what he views as the greatest risk to a retiree’s portfolio: the unfavorable “sequence of returns” in the securities’ markets.

That’s a fancy way of saying retirees who have too much money in equities face the very risk that the stock market will keep falling at the very same time they are withdrawing money for their accounts. And that doing so increases the odds that they will outlive their money or, more likely, reduce their withdrawals and presumably their standard of living. (By the way, many retirees experienced this risk firsthand from 2000-2009. So it’s not one of those risks that people talk about, but never have to face in reality.)

In an interview, Harlow noted that once a retiree starts taking money from their retirement accounts, the withdrawals become “path dependent.” And if the success of a retirement income plan rests on whether the markets go up or down, one has to figure out how to protect oneself against that volatility, and especially against the risk of unfavorable “sequence of returns.” And the best way to do that is by reducing one’s overall exposure to equity to no more than 25%, he said.

Harlow also took issue with many life-cycle, or so-called target-date, mutual funds in the marketplace today, suggesting that many have far too much invested in equities. “The higher equity allocations used in many popular retirement investment products today significantly underestimate the risks that these higher-volatility portfolios pose to the sustainability of retirees’ savings and to the incomes they depend on,” he said in a release. His advice to retirees who own or plan to buy a target-date fund is to check the asset allocation of those funds.

By way of background, we should note that very few retirees and would-be retirees own just one mutual fund which also happens to be a life-cycle or target-date fund. In fact, investors saving for retirement in a 401(k) often own many funds, one of which might be a life-cycle fund. The research does suggest, however, that would-be retirees do face the risk of unfavorable sequence of returns given their mix of assets in their retirement accounts.

On average, according to a recent Investment Company Institute report, 401(k) plan participants in their 60s have about 50% of their money in equities, spread among a mix of stock, life-cycle and balanced mutual funds, as well as company stock. What isn’t so well known, though, is the percent that represents of a retiree’s or would-be retiree’s total portfolio, or what it might represent if you factored in the net present value of, say, a defined benefit plan, or Social Security, or the net present value of any earnings a retiree might generate. In other words, that 50% might be just 5% of a total portfolio or it might be 75%.

So, using Putnam’s research as your guide, any overall portfolio where the percent allocated to stocks greater than 25% would be subject to the risk of unfavorable sequence of returns.

Meanwhile, the 79-page GAO report, which was undertaken by at the request of Sen. Herb Kohl, D-Wisc., the chairman of the Special Senate Committee on Aging, details how Americans can avoid the risk of outliving their savings.

In the study, the GAO found that while most retirees rely primarily on Social Security, most Americans fail to maximize their benefits. An estimated 72.8% took benefits before age 65, and only 14.1% took benefits the month they reached full retirement age. By taking the benefits on or before their 63rd birthday, nearly half — 49.5% — passed up at least 25% to 33% in additional monthly inflation-adjusted benefits that would have been available had they waited until full retirement age, the GAO said.

Overall, the GAO found that experts recommended that retirees systematically draw down their savings and covert a portion of their savings into an income annuity to cover necessary expense or opt for the annuity provided by an employer-sponsored defined benefit pension instead of a lump-sum withdrawal.

The GAO also found that given the difficult economy and life expectancy increases, experts recommend that most workers, if possible, continue to work and save well beyond age 62.

And the GAO said that an immediate annuity can protect retirees from the risk of outliving one’s savings, but that only about 6% of those with a 401(k)-type plan purchased one at retirement.

According to experts consulted by GAO for its report, retirees ought to do consider the following:

Sri Reddy, a senior vice president and head of institutional income at Prudential Retirement, commended the GAO for addressing what Americans can do to ensure income throughout retirement, saying that the recommendations are logical and rational. “It speaks volumes that this is a pending issue,” he said.

But the GAO’s recommendations don’t necessarily take into account the human element, he said. According to Reddy, more time and energy must be spent educating workers about how much they need to save for retirement and how much longer they might have to work to achieve their retirement goals, before one can talk about whether an income annuity is the right product or not.

“We need to help people arrive at a destination with some level of comfort,” Reddy said. “Before product, you need tools, education and support.”

In essence, Reddy said people need a baseline understanding of what they need for retirement and some forms of protection in place while saving for retirement. And all the rest is moot if we haven’t provided the education need to help people get there. “We also need to focus on outcomes,” said Reddy. “Not account values, but how much we need in terms of retirement income.”

He noted, for instance, that annuity with a guaranteed minimum withdrawal benefit can provide those saving for retirement with some degree of protection and an idea of how much income they will receive in retirement. That type of annuity protects savers against investment losses and guarantees the percent and total amount a person can withdraw from the annuity.

Robert Powell is editor of Retirement Weekly, published by MarketWatch.

The information provided within the enclosed articles are for illustrative purposes only and are not indications of future performance or success. Individual results may vary. This information is being provided purely for educational purposes only and should not be considered specific financial, legal or tax advice.

A variable annuity is a long-term retirement vehicle subject to market fluctuation and may lose value. Optional riders are available for an additional cost. Withdrawals may be subject to a surrender penalties, income taxes, and if taken before 59 1/2, may be subject to an additional 10 percent federal penalty tax. Contract guarantees are based on claims-paying ability of the insurer and do not apply to the performance of the individual sub-accounts.

Investors should consider the investment objectives, risks, charges, and expenses of a variable annuity product carefully before investing. Please carefully read the prospectuses for the relevant variable annuity product and its underlying investment options, which contain this and other information about the product. You can obtain a prospectus from a financial professional.

The material presented is for informational purposes only.  The views expressed are of those of the author and does not necessarily represent the views of the presenting party, nor Hornor Townsend & Kent LLC (HTK) or their affiliates. The information herein has been derived from sources believed to be accurate.  This is neither a solicitation nor recommendation to purchase or sell any investment or insurance product or service, and should not be relied upon as such.