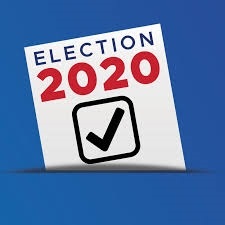 Election Watch: What the U.S. race means for investors

Heading into 2020, there was little doubt that the U.S. presidential election would be the biggest story of the year. The coronavirus pandemic drastically changed that narrative, pushing the election aside as a health care crisis triggered the worst economic downturn since the Great Depression.

With the election now less than 100 days away, however, investors are turning their attention back to the November 3 ballot. Amid rising COVID-19 infections, a battered economy and civil unrest in several U.S. cities, President Donald Trump is trailing former Vice President Joe Biden by a wide margin in major polls.

Many pundits are predicting defeat for the president, but it’s far too early for investors to anchor on that outcome, says Capital Group veteran political economist Matt Miller.

“We have more than three months to go before the election. That’s a lifetime in politics,” Miller says. “Given the rapid pace of developments and a compressed news cycle, we could have many turns of the wheel between now and November. In my view, the race will tighten as the Republican and Democratic campaigns shift into overdrive.”

For long-term investors, the outcome of U.S. presidential elections hasn’t mattered as much as staying invested and maintaining a diversified portfolio. Markets have tended to power through presidential elections — with some volatility along the way — regardless of whether a Democrat or Republican won the White House.

That said, election scenario planning plays a role in macroeconomic analysis, particularly in recent years as governments have increasingly intervened in the financial markets during times of crisis.

Excluding a contested election — which is certainly within the realm of possibility — here’s a brief look at four scenarios that could play out in November and potential implications for investors.

Democrats win the White House, the Senate and maintain control of the House — otherwise known as a “blue wave.” This scenario would produce the greatest degree of political change, starting with the likely reversal of Trump’s policy agenda on many fronts, including taxes, immigration and regulation.

One result could be a full or partial rollback of the Tax Cuts and Jobs Act of 2017, which included significant tax reductions. Overall corporate tax rates declined from 35% to 21%, providing a major boost to corporate earnings. A full or partial reversal would have the opposite effect, prompting investors to take that into account when estimating the overall corporate earnings outlook.

“We would see a much bigger emphasis on taxation and regulation across the board, with significant implications for the energy sector, telecommunications and technology companies,” Miller explains. “We could also see the elimination of the filibuster in the Senate, which, unlike today, would allow legislation to pass with a simple majority vote.”

Biden wins the White House; Republicans maintain control of the Senate. This outcome would likely result in a gridlock scenario where it could be difficult to pass major legislation. Senate Republicans could block major Democratic initiatives, much as they did during the second term of the Obama presidency.

“In this case, I think we would see Biden governing through executive orders,” says Clarke Camper, head of government relations in Capital Group’s Washington, D.C. office. “There would be a great deal of pent-up frustration on both sides of the aisle. That’s an easy outcome to predict, though, perhaps not as easy to live with.”

Under this scenario, federal regulatory agencies would also likely exercise more power. From a financial markets perspective, that could mean more aggressive enforcement by the Securities and Exchange Commission, as well as a renewed policy push by the Department of Labor in connection with its oversight of employee retirement plans.

Trump wins reelection, and Republicans keep the Senate. This scenario involves the least amount of change since it is, indeed, where we are today. The House is likely to remain in Democratic hands, so the current environment of political confrontation would continue — along with the rancorous attempts to approve COVID-19 relief legislation, including the $2 trillion CARES Act.

“Regardless of who is in the White House in January, there's going to be a lot of post-COVID cleanup work to do,” explains Reagan Anderson, a senior vice president with Capital’s government relations team. “Today we are in stabilization mode, and we will hopefully be moving into recovery mode by 2021.”

Trump wins reelection, and Democrats take the Senate. This scenario could set the stage for even greater hostility than we’ve seen in the past two years. While such an outcome is theoretically possible, it’s unlikely given the political dynamics of key Senate races, which increasingly track the presidential vote in each state.

Either scenario involving Trump’s reelection raises another risk: If he wins without a majority of the popular vote as he did in 2016, Miller warns, that could lead to more civil unrest and further demands to abolish the Electoral College.

Election season can be a tough time for investors to maintain a long-term perspective, given the strong emotions often evoked by politics. Campaign rhetoric tends to amplify negative and divisive issues. This election, in particular, is unprecedented in modern times — marked by the combination of a deadly pandemic, a global economic recession, widespread civil unrest and extreme market volatility.

Moving to the sidelines would be an understandable approach for anxious investors who prefer to wait and see what happens. As history has shown, however, that is often a mistake. What matters most is not election results, but staying invested.

Consider the historical performance of the Standard & Poor’s 500 Composite Index over the past eight decades. In 18 of 19 presidential elections, a hypothetical $10,000 investment made at the beginning of each election year would have gained value 10 years later. That’s regardless of which party’s candidate won. In 15 of those 10-year periods, a $10,000 investment would have more than doubled. While past results do not guarantee future returns, election-year jitters should not deter investors from maintaining a long-term perspective.

The only negative 10-year period followed the election of George W. Bush in the year 2000. During that decade, the S&P 500 posted a negative return amid two seismic events: the 2000 dot-com crash and 2008 global financial crisis.

By design, elections have winners and losers, but the real winners have been investors who stayed the course and avoided the temptation to time the market.

Matt Miller is a political economist and corporate affairs advisor at Capital Group where his duties include analyzing U.S. policy trends that affect investment decisions, and supporting Capital’s communication and engagement efforts with a wide range of external audiences. He also hosts the firm’s new podcast, “Capital Ideas,” which features a blend of long-term investment insights from Capital’s team, and conversations with top authors and thinkers relevant to global finance. He has 34 years of industry experience and has been with Capital Group for five years. Prior to joining Capital, Matt was a senior advisor at McKinsey & Company. Before that, he served as a senior advisor in the White House Office of Management and Budget and was a White House Fellow serving as a special assistant to the chairman of the Federal Communications Commission. He was also a columnist for The Washington Post; the host of public radio’s “Left, Right & Center” program; and a senior fellow at the Center for American Progress. He has authored two books on public policy — The Two-Percent Solution: Fixing America’s Problems in Ways Liberals and Conservatives Can Love and The Tyranny of Dead Ideas — and has contributed to Fortune, Time, The New Republic and various other national publications. He holds a law degree from Columbia Law School, where he was a James Kent scholar, and a bachelor’s degree in economics from Brown University, graduating magna cum laude. Matt is based in Los Angeles.

Clarke Camper is executive vice president, government relations, at Capital Group. He has 31 years of industry experience and has been with Capital Group for five years. Prior to joining Capital, he was head of government affairs and public advocacy at NYSE Euronext. Before that, he was a vice president of external affairs at GE Capital. He holds a juris doctor from Harvard Law School, a master’s degree in public policy from the Harvard Kennedy School, and a bachelor’s degree in public policy from Stanford University. Clarke is based in Washington, D.C.

Reagan Anderson is a senior vice president of government relations at Capital Group. She has 19 years of industry experience and has been with Capital Group for four years. Prior to joining Capital, Reagan worked as a senior vice president for congressional affairs at the Consumers Bankers Association in Washington, D.C. Before that, she held various positions in government affairs for the New York Stock Exchange, the Private Equity Growth Capital Council, Fannie Mae and the Federal Home Loan Bank of Atlanta. She also served on Capitol Hill as a staff liaison to the Senate Banking Committee. She holds a bachelor's degree in journalism from the Scripps School of Journalism at Ohio University. Reagan is based in Washington, D.C.